The practicalities of repaying a loan and the associated costs of owning a home...
Read more 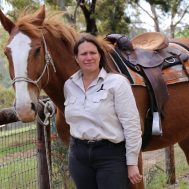 A strong woman with a gen...

Bianca Stawiarski is a strong women with a gentle way. Her business Warida Wholi...
Read more

Supporting home ownership for Indigenous Australians addresses not only the issu...
Read more

In a whole-of-government initiative to advance the economic cause of First Nations peoples, Indigenous Business Australia (IBA) will jointly host a First Nations Economic Opportunities Conference in Sydney next year. Prime Minister John Howard is expected to open the four-day event that has the support of Employment and Workplace Relations Minister, Kevin Andrews, and Senator […]

The chairmen of two key Indigenous enterprises in Alice Springs, Mr Danny Masters of Yeperenye Pty Ltd and Mr Owen Cole of Imparja Television, have welcomed a decision by Indigenous Business Australia (IBA) to divest itself of the shares it holds in both ventures. Prominent business personalities including Mr David Ross, of the Centrecorp Aboriginal […]

The Minister for Employment and Workplace Relations, Mr Kevin Andrews, has  officially opened the $32 million Scarborough House re-development in the ACT. The ceremony, which took place in the Woden town complex on 5 September, was attended by representatives of traditional owners who have invested with IBA in the re-development. Among them were Mr Walter Amagula, […]

The Chairman of Indigenous Business Australia (IBA), Mr Joseph Elu, will attend a two-day Board meeting at Kakadu on 6-7 June. On 8 June he will speak at the official re-opening of the Gagudju Lodge Cooinda which is jointly owned and operated by IBA and the traditional owners of Kakadu as represented by the Gagudju Association. Gagudju Lodge […]